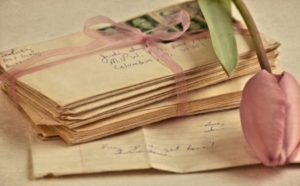 My last love letter was written in 1999, and I don’t remember it to have any perspective or meaningful gestures; the letter was rather a wasteland of cringing words (here’s where you roll your eyes at me). After reading an NPR article on Obama’s love letter to his ex-girlfriend, Alexandra McNear, I was struck by his tenacity to survive living in New York, and his perseverance to pursue his goals when he felt left alone. President Obama’s words reminded me, and hopefully you after you read it, that life should be filled with ups and downs; struggles are omnipresent, and we have the choice to conquer them.

I have been a chef in New York City for over a decade. My struggle with finance often exhaust my mental capacity to be creative and positive. I often wonder if these struggles are self-inflicted or attached to my jobs. For many years, my first two (weekly) paychecks helped me pay my rent, and the next two paychecks were divided among student loans, utilities, NYC Metro Card, gym membership, obligatory dining expenses (chefs don’t cook at home), and cereal and milk (as much home-cooking as it gets). If I could write a love letter to a girlfriend from afar, I’d write,

“one week I have to bring home as many slices of stale bread for the weekend, and the next I have to hope C-town has a massive sales on milk and cereal. But I have saved enough to get a us a bottle of red, or white, when you visit”. 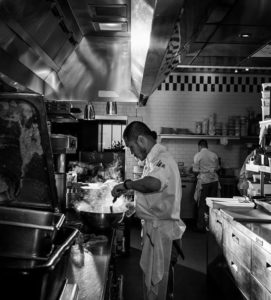 I also have struggled with self-image for many years. My insecurity comes from measuring my own success against others, and my own expectation for myself when I set out to be in restaurant business 10 years ago. Most of my friends have already, if not in the process of, settled down. Their ability to be responsible for another (or multiple) human being often becomes a measurement for my own success. President Obama wrote,

“I must admit large dollops of envy for both groups, my American friends consuming their life in the comfortable mainstream, the foreign friends in the international business world. Caught without a class, a structure, or a tradition to support me, in a sense the choice to take a different path is made for me. The only way to assuage my feelings of isolation are to absorb all the traditions, classes, make them mine, me theirs. Taken separately, they’re unacceptable and untenable”.

If I need to rephrase that for an imaginary girlfriend, I’d write,

“I wish our Sunday breakfast could be us competing for the last cup of coffee and fighting over just whose turn is it to walk the dog (of course I’d lose). Caught without a clear future of the current restaurant, and having to constantly live from paycheck to paycheck, the only way to ease my anxiety is to be as open minded and compassionate, and grateful, as I could possibly be. Without understanding and compassion, my food and career will suffer.” 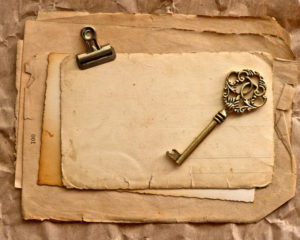 I have made two trips back to my country, Taiwan, recently. I suddenly found myself lost in a place where I thought was home. I wasn’t caught up on its pop culture, and I had trouble having small-talks since I could hardly finish a sentence in Mandarin without reserving back to English. President Obama wrote,

“ I can’t speak the language well anymore. I’m treated with a mixture of puzzlement, deference and scorn because I’m American, my money and my plane ticket back to the U.S. overriding my blackness. I see old dim roads, rickety homes winding back towards the fields, old routes of mine, routes I no longer have access to.”

Luckily, I didn’t have to deal with the prejudice when I went back to Taiwan. If I really needed to express my loneliness that came with the trip, I’d write,

“ It sucks I didn’t know where to get a well made martini without paying the price of a tourist. I mean…I am a Taiwanese! I just happen to speak some English, and it’s not even remotely good. I met up with couple childhood friends, and I miss them dearly already because I don’t do well when it comes to farewells.” 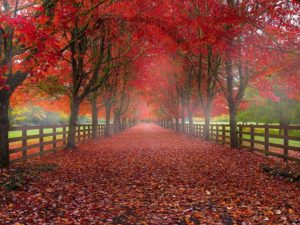 President Obama’s love letter drew a rare smile out of me. I admire his courage to keep living while almost everything was, or still, working against him. Although President Obama never intended to have his love letters made public (or do you think he was already making a move to the White House at the very young age?), I am glad to have read some beautifully written passages that help me reflect on my mind and maturity. I’d only hope to be fraction as articulate and tenacious as President Obama as I march onward to make Weekday Herbivore viable.

1 reply on “President Obama’s Love Letter for All”

Hey Reggie, There are so many emotions in this post! Thanks for expressing yourself and how vulnerable any person can be when presuing their passion. I just want you to know that you’re not alone! We are your family and we are always rooting for you! We admire your creativity and passion for food. Sending love and hugs!